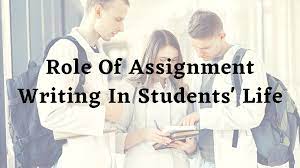 Julien Codorniou, who was the vice president in charge of leading Workplace, announced that he has left Facebook and joined Felix Capital, a venture capital firm in London.

The head of Facebook’s Workplace business software unit has left for venture capital, becoming the latest high-profile departure from the social media company in 2021.

Julien Codorniou, who was vice president in charge of Workplace, said on Tuesday that he left Facebook for Felix Capital, a venture firm in London. Codorniou led Workplace since the launch of the service in 2016, joining Facebook five years earlier as a director on the platform partnerships team.

Facebook, now called Meta, has dealt with a wave of exits this year. The company faces increased regulatory scrutiny and a major public relations challenge following the release of internal documents and news reports illustrating how much Facebook knows about the harms caused by its services.

Deborah Liu, formerly the head of Facebook Marketplace, left in February to become CEO of Ancestry.com. David Fischer, who was chief revenue officer, announced his departure in March, as did Kevin Weil, one of the co-founders of Facebook’s Novi cryptocurrency division.

The company’s former ads chief, Carolyn Everson, announced she would be leaving in June and later went to grocery delivery app Instacart as president. Fidji Simo, who was head of the Facebook app, became CEO of Instacart after leaving Facebook in July.

Mark D’Arcy stepped down from his role as chief creative officer in August, and the next month Facebook’s technology chief Mike Schroepfer said he would be leaving the company. Last month, David Marcus, the head of Facebook’s cryptocurrency efforts, announced his coming departure at the end of the year.

In joining Felix Capital as a partner, Codorniou told CNBC he will lead the firm’s investments in gaming and enterprise software companies.

“I hope I can move from being an operator at Big Tech to helping and funding the next generation,” he said.

In Codorniou’s time running Workplace, the product increased its reach to 7 million paid subscribers. Codorniou said the executives now in charge of the business can keep it growing.

“They are people who can go from where we are right now to 10x that,” he said.