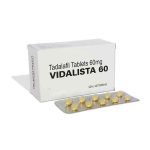 If it’s been a year or more since you traveled, particularly internationally, you may notice something different at airports in the United States: More steps — from checking a bag to clearing customs — are being automated using biometrics.

Biometrics are unique individual traits, such as fingerprints, that can be used to automate and verify identity. They promise both more security and efficiency in moving travelers through an airport where, at steps from check-in to boarding, passengers are normally required to show government-issued photo identification.

In the travel hiatus caused by the pandemic, many airports, airlines, tech companies and government agencies like the Transportation Security Administration and United States Customs and Border Protection continued to invest in biometric advancements. The need for social distancing and contactless interactions only added to the urgency.

“The technologies have gotten much more sophisticated and the accuracy rate much higher,” said Robert Tappan, the managing director for the trade group International Biometrics + Identity Association, who called the impetus to ease crowds and reduce contact through these instruments “COVID-accelerated.”

Many of the latest biometric developments use facial recognition, which the National Institute of Standards and Technology recently found is at least 99.5 percent accurate, rather than iris-scanning or fingerprints.

“Iris-scanning has been touted as the most foolproof,” said Sherry Stein, the head of technology in the Americas for SITA, a Switzerland-based biometrics tech company. “For biometrics to work, you have to be able to match to a known trusted source of data because you’re trying to compare it to a record on file. The face is the easiest because all the documents we use that prove your identity — driver’s licenses, passports etc. — rely on face.”

Shortly after 9/11, Congress mandated an entry and exit system using biometric technology to secure U.S. borders. Some travelers have expressed concerns about privacy, and while companies and agencies using the technology say they do not retain the images, the systems largely rely on willing travelers who agree to their use.

“Privacy is a major concern, as it should be, so most of these programs are going to be opt-in, and the government is trying to grow that pre-vetted audience,” said Jason Van Sice, the vice president of aviation in the Advanced Recognition Systems Division of NEC Corporation of America, which has been working in biometrics since 1971. He added that the loss of business during the pandemic pushed airlines and airports to automate as a cost-saving measure. “That’s really driven a digital transformation that was already underway.”

There are signs that the pandemic may be advancing biometric acceptance. In its recently released 2021 passenger survey, the International Air Transport Association found that 73 percent of passengers are willing to share their biometric data to improve airport processes, up from 46 percent in 2019.

Some of the embrace of biometrics may come from its everyday applications, such as using facial recognition to open your phone or to access your banking app.

“The implementation of seamless and contactless platforms is currently at full speed all over the globe, and the major impact of this is expected to be felt by 2022, as planning and deployment usually needs 12 to 18 months to be effective,” said Jeff Lennon, the vice president of strategic sales and global partnerships at Vision-Box, which operates biometric technology in more than 100 airports globally, including New York’s John F. Kennedy International Airport. “This is well-aligned with the expected return of mass international travel next year.”

In short, tech-driven changes are coming fast and furiously to airports, including the following advancements in biometrics.

In November, Delta Air Lines launched a new digital identity program for T.S.A. PreCheck members at Hartsfield-Jackson Atlanta International Airport who can opt in to using facial recognition to do everything from checking a bag to clearing security and boarding their domestic flight.

Opting in requires the passenger to enter their U.S. passport number, which provides the back-end check on your identity using your passport photo, even though the new program is domestic only.

Using the hands-free facial scan, fliers can obtain a baggage tag and then proceed to a dedicated T.S.A. PreCheck line for facial scanning, no identification required.

At present, Delta has eight gates in its T concourse equipped for domestic boarding with facial recognition; most of these flights skew to business travel destinations such as New York City and Boston. Flyers do not need to show a boarding pass, and their seat assignment will appear on the facial recognition screen after scanning.

Delta has been testing the technology since 2018 and plans to bring it to its Detroit hub later this year.

“We want to give our customers more time to enjoy travel by unlocking simplified, seamless and efficient experiences from end to end,” said Byron Merritt, Delta’s vice president of brand experience design.

Only about 44 percent of the U.S. population has passports, limiting the pool of fliers who can access biometric technology that relies on passport photos. To make the technology available to more travelers, the biometrics company SITA tested a system earlier this year with United Airlines at San Francisco International Airport that used driver’s licenses as well as passports as the documents of record to compare to facial scans for bag check and domestic boarding.

Through a spokeswoman, United said the test was successful and that it is “constantly looking for other ways to use biometrics to streamline the travel experience for customers, and we will have more to share in the weeks and months ahead.”

SITA called the trial successful, thanks to the growth of Real I.D., which standardizes requirements for driver’s licenses nationwide and will be mandatory for airline passengers by May 3, 2023. The company said it plans to launch the technology next year but would not say where.

Facial recognition at the border

Returning from Iceland to Chicago O’Hare International Airport in October, I approached the airport kiosk that normally scans your passport and fingerprints and gets Global Entry members like me past Customs and Border Protection agents in the span of a few minutes. This time, the kiosk took my picture only, spat out a copy, which included my name and passport details, and sped me past agents in under a minute.

Global Entry, which expedites re-entry into the United States for approved applicants who supply their fingerprints, answer an extensive questionnaire and pay $100, has long relied on the voluntary submission of biometrics for identity.

More broadly, C.B.P. uses facial-comparison technology for entry to the United States at nearly 200 airports and 12 seaports used by cruise lines. It is currently testing the technology, called Simplified Arrival, on select lanes for inbound vehicles at the Anzalduas International Bridge Port of Entry near McAllen, Texas.

Boarding an airplane using biometrics increases efficiency, according to tech suppliers. Mr. Lennon of Vision-Box, which operates biometric boarding at New York’s Kennedy airport, said it is capable of boarding 400 people in 20 minutes, about half the normal boarding time.

Even before the pandemic, the three U.S.-based legacy carriers were experimenting with biometric boarding of outbound international flights. American has biometric boarding at four gateways, including Ronald Reagan Washington National Airport and Chicago O’Hare, and is testing facial recognition technology for entry to its Admirals Club lounges at Dallas Fort Worth International Airport.

United offers the technology on international flights leaving the United States at Houston, Washington Dulles, San Francisco and Chicago O’Hare. A spokeswoman said that more than 250 international outbound flights a week are boarded biometrically, and that the airline plans to expand to additional hubs next year.

Delta allows international fliers to use their face as their boarding pass at eight airports, including Minneapolis and Kennedy. Biometric boarding is optional and anyone wishing to be manually processed can use a boarding pass and passport.

From airports to sports arenas

Perhaps the most visible biometrics operator in airports across the country is CLEAR, a subscription service that allows members to use its dedicated kiosks to assess your biometric data, confirm your identify and advance you to the head of the T.S.A. security line. Subscribers pay $179 a year and submit iris scans and fingerprints.

Since the pandemic, the company launched CLEAR Health Pass, which is a digital health record, free to users, that clears an individual based on things like vaccine requirements for expedited admission at participating sports venues.